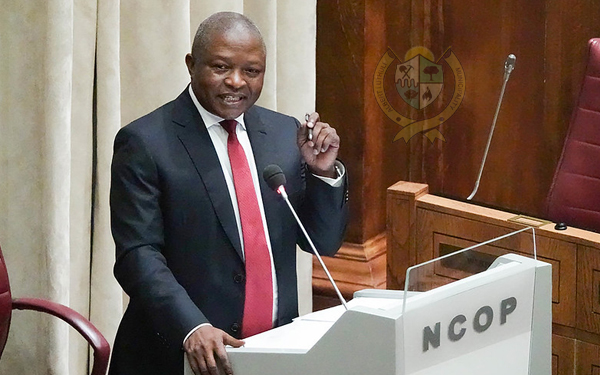 Members of the legislature ask questions on the state of municipalities, Eskom and the July unrest. Mabuza will make his first appearance in the National Council of Provinces (NCOP) since after the local government elections early this month.

On top of the agenda for members of the House would be whether lack of service delivery led to the poor turn-out in the municipal elections.

The IEC said out of 26.1 million registered voters more than 12.3 million showed up at the polls. This is one of the lowest voter turn-outs in the country.

President Cyril Ramaphosa had been confronted by complaints during the campaign, of lack of service delivery in a number of areas.

Members of the NCOP also want to know how government plans to fix the state of municipalities.

The Auditor-General has released reports on dysfunctional municipalities with some on the verge of collapse.

More than R26 billion has been lost in irregular expenditure.

Some of the municipalities had required the intervention of the provincial governments.

He said there were 43 municipalities in the country which were in financial crisis and another 100 facing a similar risk.

This is a dire financial state of affairs for municipalities.

Mabuza will also face questions from members of the NCOP on Eskom. The power utility has been under pressure since it started with the rolling blackouts.

In the last few weeks the country has been plunged into darkness with Eskom promising to turn the situation around.

However, businesses have been complaining of losing billions of rand due to load shedding.

Mabuza would also be asked on the latest development regarding the July unrest in KwaZulu-Natal and Gauteng.

The unrest led to the deaths of more than 300 people and damage to infrastructure and businesses amounting to billions of rand.

The government was forced to deploy soldiers to quell the violence.

Previous Post
Tender advert – Closing Date 17 December 2021 @12H00
Next Post
Notice of Special Council Meeting (Inaugural) of the Chief Albert Luthuli Municipal Council (09/2021)
We use cookies on our website to give you the most relevant experience by remembering your preferences and repeat visits. By clicking “Accept”, you consent to the use of ALL the cookies.
Cookie settingsACCEPT
Manage consent