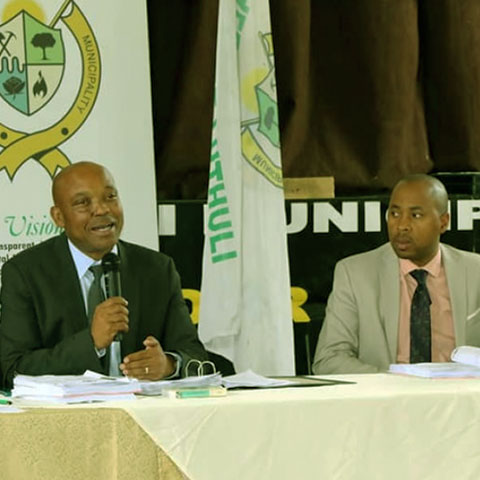 The first Mayoral Committee meeting in 2020 was called today, 21 January 2020 at Carolina. Whereby Rocla’s in their Thuthukisa initiative they promote that Communities should become manufacturers in their own right. This has been done through the twin leach pit toilet programme, in which its sanitation technology consisting of two alternating pits connected to a pour flush toilet. The blackwater (and in some cases greywater) is collected in the pits and allowed to slowly infiltrate into the surrounding soil.

We use cookies on our website to give you the most relevant experience by remembering your preferences and repeat visits. By clicking “Accept”, you consent to the use of ALL the cookies.
Cookie settingsACCEPT
Manage consent